Mit Andrew Goffey, Angela Melitopoulos, Marlon Miguel, François Pain, Peter Pál Pelbart, Anne Querrien, and Anne Sauvagnargues. This conference explores Félix Guattari's (1930–1992) multifaceted oeuvre as largely informed by his many years of active work at the psychiatric clinic of La Borde. Guattari’s therapeutic experiments with media – such as typewriters, film, and audio recordings, his cooperation with artists and architects, and the publication of newspapers and books decisively shaped the machine-thought that he would later develop, most predominantly in collaboration with philosopher Gilles Deleuze. While Guattari expanded Institutional Psychotherapy and its umwelt-theoretical concepts into a theory and praxis of transversality, the concept of the machine moved into the center of his thought. In contradistinction to conventionally understood ‘technical objects‘, Guattari’s concept of the machine denotes a concatenation of heterogenous components traversed by a capacity, a desire, a surplus. What role do Guattari’s psychiatric practices play in the genesis of this machinic vitalism? How do desiring-machines transform the traditional understanding of the psyche? In which way do they undermine dichotomies such as aesthetics vs. politics, individual vs. collective, subject vs. object? Finally, how do Guattari’s experimental interventions at the interface of politics and psychiatry open perspectives on present problems such as artificial intelligence, behavioral tracking, or digital cultures? This conference is the opening event of the research project »Madness, Media, Milieus. Reconfiguring the Humanities in Postwar Europe« directed by Elena Vogman. It argues that media form and transform our milieus, from geopolitical landscapes to our most intimate environs. The project studies a series of media and milieu practices developed in different settings of Institutional Psychotherapy since the 1940s. It examines efforts to produce environments, institutions, and milieus that would facilitate processes of psychological therapy and healing, in particular by psychiatrists and activists such as François Tosquelles, Jean Oury, Fernand Deligny, Frantz Fanon and Félix Guattari. Drawing on newly discovered archives, the project explores the fundamental role of art and media which crucially contributed to the emergence of psychiatric milieus. At the same time, it investigates the productive repercussions of these media-milieu practices in critical humanities discourses. The project argues that these practices had a crucial impact on the humanities in postwar Europe, in particular post-structuralism and post-colonial studies, but also media theory, film studies, and science and technology studies. Media mold and modify milieus: This is the general hypothesis that will be reflected in four individual sub-projects carried out by historians of art, science, and technology, culminating in a joint exhibit presenting largely unseen texts, images, and films. 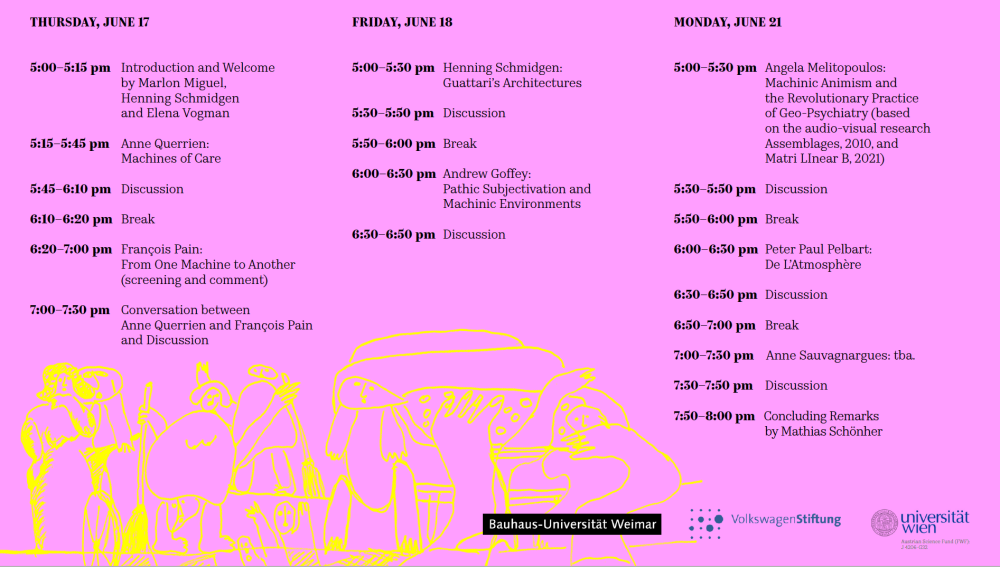