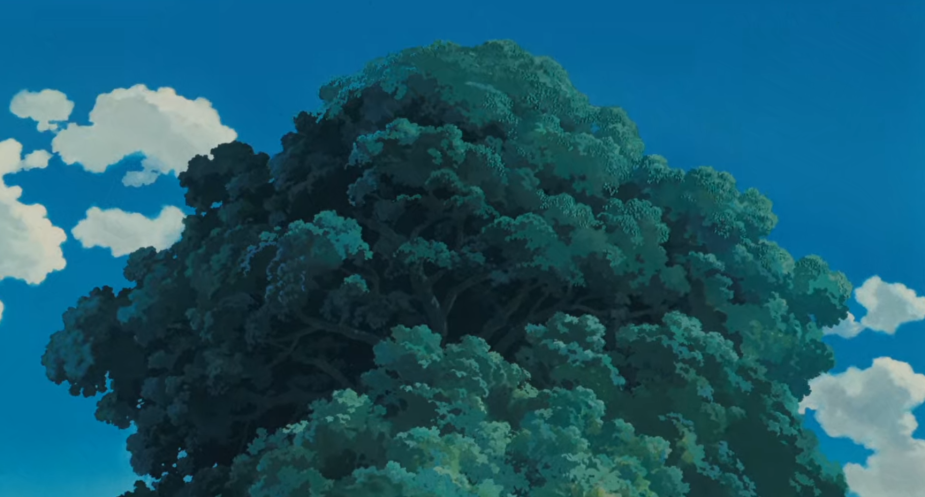 “Hmm, magnificent tree! It has been around since long ago … back in the time when people and trees used to be friends.”
(father Tatsuo in My Neighbor Totoro, 40min, 20s) 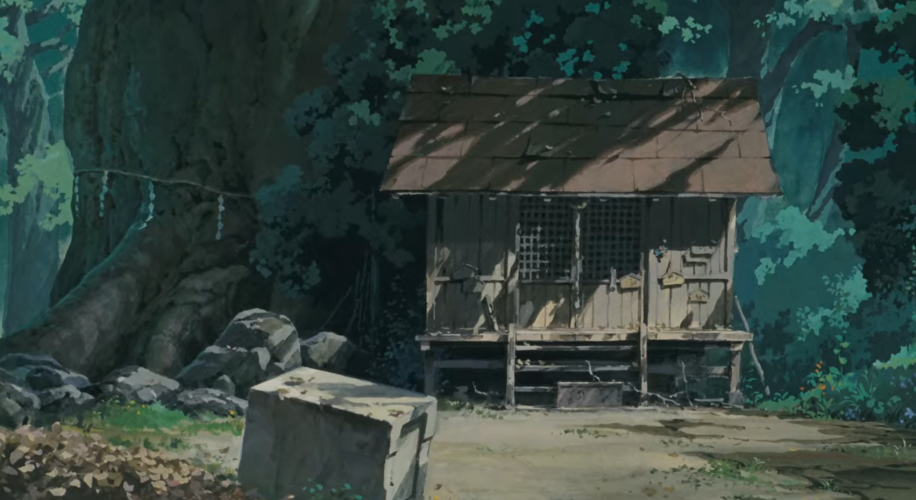 Animistic Weave
In the Japanese anime classic My Neighbor Totoro (1988) by famous animation director Hayao Miyazaki the specific cultured landscape called Satoyama plays a crucial role for the intricate relation between two girls, Mei and Satsuki, and the surrounding ecologies of natural, sensuous and spiritual origin. Sato means village and yama translates as hill or mountain rendering Satoyama into the land between village and mountain – it is a specific place and an interstitial zone. In the film the quest for living with nature becomes synonymous with the way humans and more-than-humans inhabit and animate one plane of existence. Upon arrival at their new countryside home the small family greets the tree and the spirit it might be holding, signified by the Shimenawa (“enclosing rope”) signaling the tree as a Yorishiro an object capable of attracting spirits (kami). The Camphor tree is the entry and gateway to Totoro’s home – a giant fluffy cat spirit that could be conceived as the "mori no nushi," or "master of the forest", an animistic figure which holds the status of a kami, that is, a holy of divine power in Shintoism. In the film an animating relay opens up through the encounters on a more-than-human activating plane. This plane weaves the human, spiritual and natural along their enabling powers for living and inhabiting the world differently from normative rationalities. Challenging these rationalities and their underlying power structures fuels current discourses around animism in the arts and humanities from which I draw in my further elaborations. 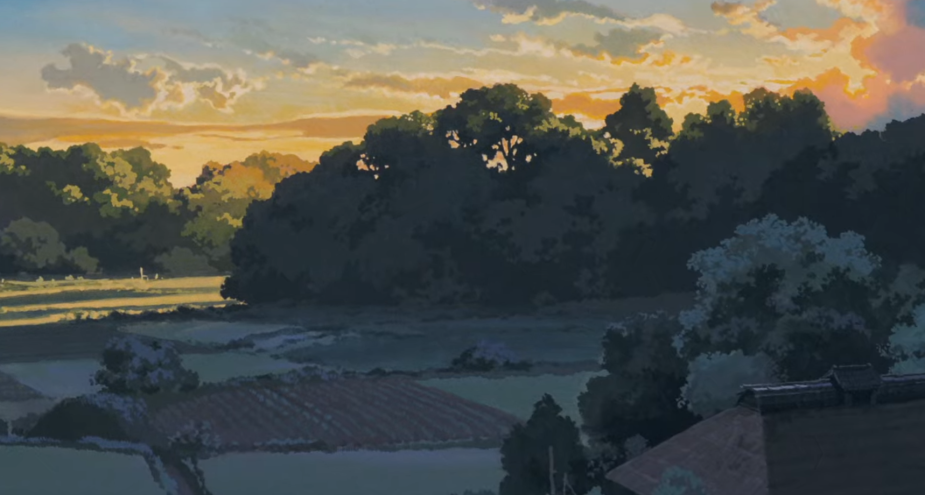 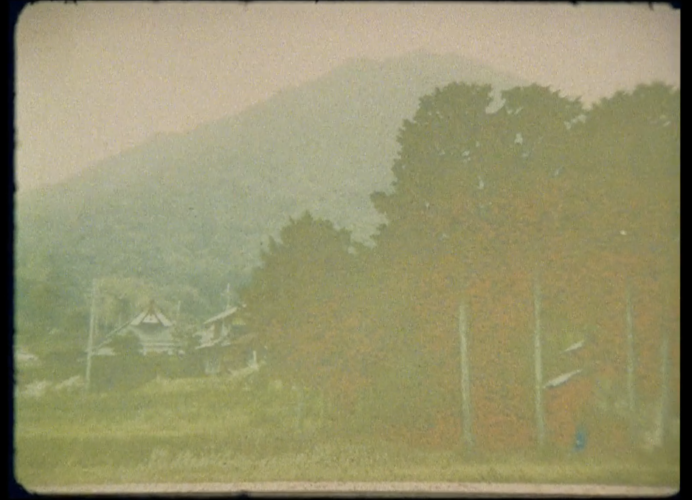 The animistic world of My Neighbor Totoro engages the viewer in much more than a kid’s movie. It tells a differentiated story of companionship and relational fields of experience which transgress the boundaries of nature–culture, human–more-than-human. Apart from the animated spirits of Totoro and his fellows (including a magical cat bus) the film eschews a mere anthropomorphism of usually non-human entities, as known from the Western contexts, such as Walt Disney’s animations, in particular Alice in Wonderland (1951), or Sergei Eisenstein’s writings about them (see Eisenstein 2010 and Lamarre 2018 as a critique of Eisenstein).
(…)